History of Oil Exploration in Kenya

RocKeSci, 10 years ago 0 2 min read
1954
In 1954, BP and Shell start exploring in Kenya in the Lamu Embayment. Drilling of first well occurred in 1960. None of the wells were fully evaluated or completed for production despite evidence of oil staining and untested zones with gas shows.
1975
In 1975, several consortia acquired acreage in the Lamu Basin, drilled and encountered oil and gas shows in the Cretaceous and in 1976, Chevron and Esso drilled in the Anza Basin and discovered suspected hydrocarbons and microfossils.
1986
1986 saw the petroleum exploration and production legislation change in Kenya, with the revisions providing the necessary incentives and flexibility to attract international exploration interest.
1985 – 1990
Between 1985 and 1990, ten wells were drilled by Amoco and Total. The wells were dry but there were clear indications of hydrocarbons.
1995
In 1995, National Oil completed the Lamu Basin study and as a result the Lamu Embayment was sub-divided into ten exploration blocks and another two were created before 2001.
2000 – 2002
Between 2000 and 2002, seven Production Sharing Contracts have been signed and Woodside completed 7,884 km to 2D seismic of the off-shore Lamu Basin. In addition, the Tertiary Rift Study was completed in 2001 which led to the quantification of potential source and reservoir rock units in the area as well as petroleum system play in the sub-basins.
2011
In 2011, we see 12 oil exploration companies operating in the country and a total of 24 licensed blocks to date out of a total of 38 (as of June 2011).
2012
Africa Oil Corp. and Tullow embark exploratory drilling in Kenya. In Block 10BB (Kenya), they completed drilling the Ngamia-1 exploration well to a total depth of 2,340 meters and reported a significant light oil discovery. The Ngamia-1 well encountered over 100 meters of net light oil pay in the Upper Lokhone Sand section and an additional 43 meters of potential oil pay in the lower Lokhone Sandstone section. 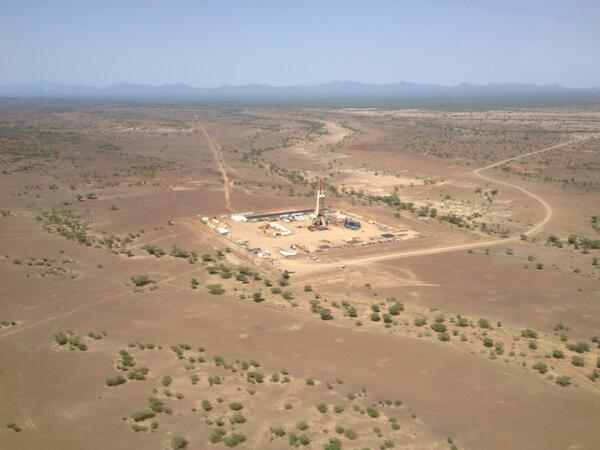 Other Mining Services The Government Could Make Use Of